Okay. I’m definitely going to get out there and test drive some various machines before I make my decision…but people have been recommending that I get a motorcycle instead of a scooter. Well…I’m fascinated with the idea of starting with a basic starter bike such as the Honda Rebel which has a 250cc engine, the same bike we’ll be using this weekend during my Basic Riders Course.

Someone told me that I won’t like that though, because I’m a heaver guy (310 lbs right now), and the Rebel would be too small of a bike for me. I think I should at least get something around 500cc, sporty, but not sporty posture. Something more like a touring or cruiser. My teacher at the class tonight said that it’s possible to tour with a sport bike too, if you get used to it. You have to break and gas up anyway, and that’s ample time to rest your fanny, stretch a bit.

So I’ve looked a bit more and stumbled upon the mention of the Suzuki GS500. I really like the look of the GS500E, but they stopped making it. It looks like the last model was the 2007 model. This looks exactly like what I’ve been thinking of. I think I’ve even seen this on the street and liked it. It has a sport bike style, but naked to be a little more real and standard. It’s black and silver, which means you’re not being flashy but still cool (though black doesn’t help with visibility by other drivers). And the price is great, with a 487cc engine! 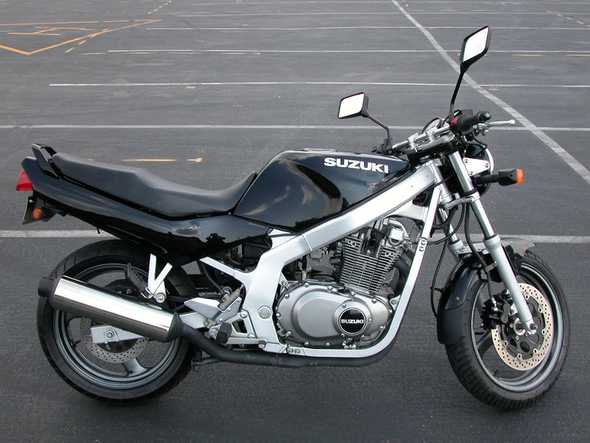 Still though there needs to be visibility, and the fairings improve “rider comfort by providing wind protection and better aerodynamics”, so I might go with a GS500F. 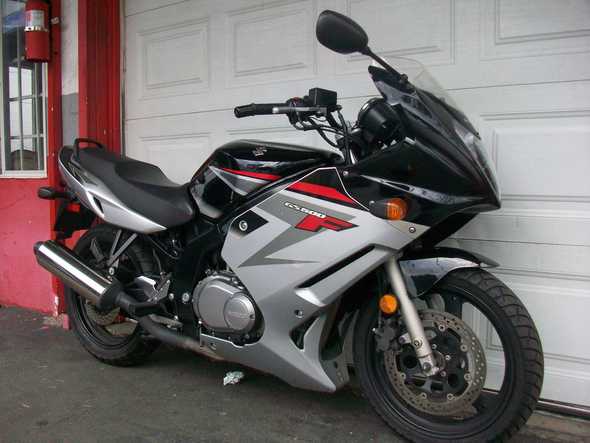