Again I woke up this morning with plans to set a new precedent, a long range highway trip. My friend Babak had to get ready for work around 4 PM, so it made perfect sense for me to visit him in San Jose early in the day and then make it home before nightfall.

The first couple times I’ve gone on the highway the feeling of the bike changed in a way which caused me concern. The wind blew at me and seemed to make the bike feel more unstable, and when I went on concrete that had slight grooves going in the same direction I was going the bike seemed to wobble in a weird way. It seems to cause the bike to wobble like it does when you go across a bridge that has a steel grate. When I first noticed this I had thought that perhaps something happened to my front tire or something…because it felt like the wind pushed me to the left or right easily. 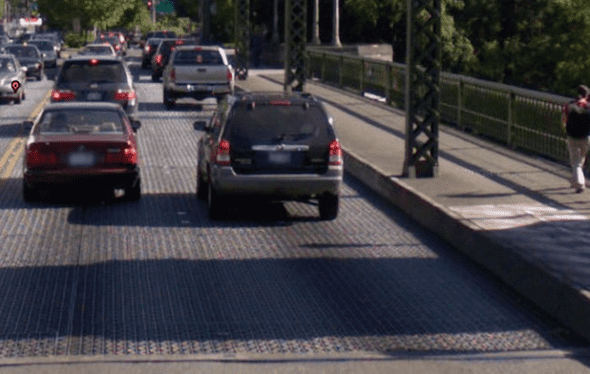 Well, I found out that the bike is more stable when going at higher speeds due to the increased gyroscopic force. The reason why the bike felt like it had less grip on the road was because I was slowing down out of fear. When you’re going faster, the bike wants to stay up, and it takes a little more effort to turn.

I’ve also realized that at lower speeds turning only requires leaning your body over a bit, but on the highway the counter steering they teach you in the Motorcycle Safety Foundation - Basic Riders Course (to turn left, push left to turn right, push right) applies much more.

After riding on the highway for a while I seemed to be less scarred, accustomed to the speed in which things were moving, and felt more in control. It’s much like when you’re driving your car and you come off the interstate highway after going 70 mph for hours. When you get on city roads you feel like you’re going slow, and it’s tempting to exceed the speed limit a bit. Also I’m sure it helped that I made sure to put a good 3-4 seconds of space between myself and the car ahead of me, and made sure that I was always in a position where I had a lane I could change to in an emergency (or the right shoulder of the highway).

A tactic I put to use quite a bit was making sure that I wasn’t in someones blind spot…and at least if I was that I was far enough behind them that if they decided to make an abrupt lane change that I’d have enough room to just let them go for it. If it seemed like I couldn’t make that much space, I’d give the bike some throttle and push myself up into the view of the motorist on their front left (so they’d know that I’m there).

At first when I got on the highway I camped out in the far right lane and was going only 65 mph (the speed limit), but people were passing me. It feels a bit less safe having people pass you, changing lanes, etc. than it does to just find a slow lane and follow someone at a safe distance. It wasn’t long before I felt comfortable going 70-75 when traffic was going that fast.

On the way there I saw a guy on a Harley wearing one of those half helmets, going 80-85 mph in the fast lane / carpool lane. I don’t think I’m ready go be in that lane, going that fast, just yet. Especially while I only have a 487cc engine that seems like it’s really working to push itself in that range.